The world of sports has been upended like never before and that means those with influence have never been more important in shaping what’s to come next.

Many of the games have resumed and small crowds of fans have returned. But the short- and long-term economic impacts are unprecedented, with billions of dollars in revenue lost thanks to a bevy of cancellations, fan-less games and reduced media payments. As a result, the sports calendar has also been altered significantly, including here in Georgia.

While the Braves finished their postseason run, the jumbled college football season is just now finding its path forward. Meanwhile, The Masters Tournament (normally held in April) is set to start without fans at Augusta National on Nov. 9. The Hawks hosted voters while preparing for the NBA Draft — while the start of the 2021 season may or may not be around the corner.

Atlanta also lost out on multiple major-planned events in 2020, such as the Final Four and the Chick-fil-A Kickoff Games, to name a few. Now, organizers are in an unfamiliar transition amid the pandemic as they try to prepare for the next ones coming, like the 2021 MLB All-Star Game.

With all that in mind, Atlanta Business Chronicle is ready to unveil its first list of “Most Influential Sports Business Figures in Georgia.” Influence, for this exercise, is defined as someone who has impact on the current sports landscape and/or shapes how sports-related entities operate in the state. A person’s national profile was only a minor consideration.

To build the list, Atlanta Business Chronicle consulted with over 20 industry sources — including professors, journalists, administrators and leading executives. We asked most of them to choose from a list of 50 candidates. Two separate lists make up a "Hall of Famers" category — influencers who remain as prominent figures in the sports world but no longer take active leadership roles — and "Rising Stars" group, which include leaders who are on the rise in their specific area of business. 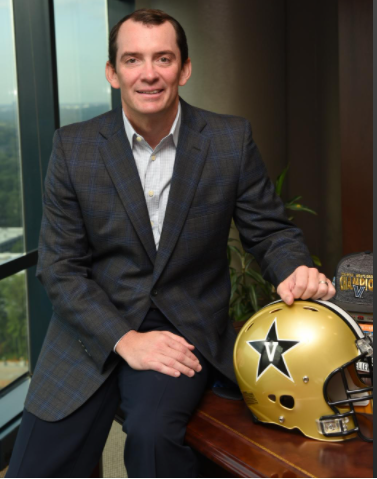