Hussey is a long-time leader in The Texas A&M University System, having served as Vice Chancellor and Dean of the College of Agriculture and Life Sciences from 2008 until 2018 and as the Director of Texas A&M AgriLife Research from 2004 until 2008.

He also was Interim President of Texas A&M University for 15 months during 2014-15.

“Dr. Hussey’s wealth of administrative experience in the A&M System will pay immediate dividends to Texas A&M-Kingsville,” said Charles W. Schwartz, chairman of the Board of Regents. “He is a perfect fit for Kingsville.”

Schwartz and Regent Phil Adams led a 12-member search committee to find a replacement for President Steve Tallant, who is retiring at the end of January.

“Mark’s breadth of experience spans the most prolific agriculture research in the country, the best agricultural academics in the country and 15 months running Texas A&M University,” said Chancellor John Sharp. “He did a great job in each of these and I predict he will oversee the rise of Texas A&M-Kingsville to a whole new level.”

After obtaining a bachelor’s degree in biology at the University of Illinois, Hussey finished his graduate work at Texas A&M with a Ph.D. in Plant Breeding in 1983. He rose through the faculty ranks at Texas A&M, becoming professor and department head of Soil & Crops Sciences before becoming an administrator with the A&M System.

Under state law, university governing boards must name finalists for president at least 21 days before making an appointment. The Board of Regents will meet again to make the appointment.

About The Texas A&M University System
The Texas A&M University System is one of the largest systems of higher education in the nation, with a budget of $4.7 billion. Through a statewide network of 11 universities and seven state agencies, the Texas A&M System educates more than 152,000 students and makes more than 22 million additional educational contacts through service and outreach programs each year. System-wide, research and development expenditures exceeded $972 million in FY 2016 and helped drive the state’s economy. 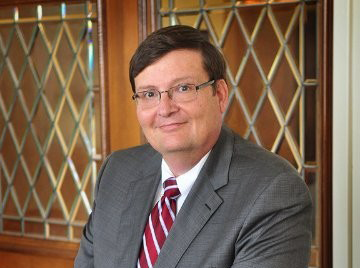