Roach currently serves as the Director of Athletics at Indiana University of Pennsylvania, where he oversees 19 varsity sports and supervises 400 athletes and 40 coaching staff members. Under Roach’s leadership, three of the university’s athletics programs—football and men’s and women’s basketball—have earned national rankings in the previous three years. IUP competes at the NCAA Division II level in the Pennsylvania State Athletic Conference (PSAC).

“Steve is an outstanding athletic director with a proven record of success and leadership,” said Tallant. “His career reflects his commitment to student-athletes and creating programs that help them to be successful in the classroom and in athletics. Steve brings to the table of an array of experience in fundraising and facility renovation that will be critical to moving our programs forward.”

“I am excited to join an outstanding university at Texas A&M University- Kingsville. I would like to thank President Tallant, Chief of Staff Randy Hughes, and the search committee for selecting me for this prestigious role,” Roach said. “Texas A&M University- Kingsville is a high-quality institution, with a rich tradition in athletics. The opportunity to provide leadership and to continue striving for the already high standard of success is an honor. Most importantly, I look forward to working with our student-athletes in order to provide them with a quality student-athlete experience, along with the tools and resources to excel and develop academically, athletically, and socially.”

Roach has been with the Indiana University of Pennsylvania Department of Athletics since 2013. He was appointed Director of Athletics in 2015, after serving as Associate Director of Athletics/Compliance from 2013-2015. As associate director, Roach’s duties included actively organizing and implementing all aspects of an NCAA rules compliance and education program.

Prior to that, Roach was Associate Director of Athletics/Director of Compliance at Millersville University of Pennsylvania from 2007-2013. In addition to his compliance responsibilities, Roach also served as the PSAC men’s baseball and men’s soccer liaison, and played a key role on the NCAA Baseball Atlantic Regional Committee. He began his intercollegiate athletics career as Assistant Athletic Director/Director of Compliance and Facilities at Slippery Rock University.

He holds a Master of Science in Sports Management from Slippery Rock University, post-graduate certification in intercollegiate athletics administration from California University of Pennsylvania, and a Bachelor of Science in Criminology. Roach utilized his bachelor’s degree as an Adult Probation Officer in Indiana County from 2001-2004. 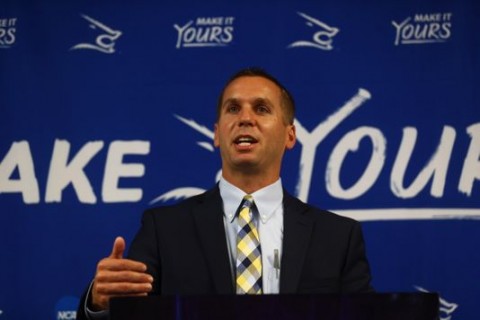