RENO, Nevada – Stephanie Rempe, the Executive Deputy Director of Athletics/Chief Operating Officer at LSU, has been named Athletic Director at the University of Nevada, Reno, the University announced today.

"In Stephanie Rempe, Wolf Pack Athletics has found a proven leader who brings the perfect blend of high-energy and strategic vision for the future, along with someone who has a deep understanding of how to succeed at the highest levels of the modern landscape of intercollegiate athletics," University President Brian Sandoval said. "Stephanie clearly demonstrated during the interview process that she is committed to building an athletic program based on academic excellence, diversity, developing a meaningful sense of partnership and teamwork with our community, establishing program-wide competitive excellence for all of our teams and personal development of the student-athletes, coaches and staff of Wolf Pack athletics.

"She brings an incredible breadth of experience to the job. More than that, she is a deeply strategic thinker who brings a great deal of heart to everything that she does. I am incredibly excited to welcome Stephanie and her family to the Wolf Pack Family. Today's announcement marks the beginning of an exciting new era of Wolf Pack athletics."

"More than 25 years ago I set out on my journey to become an athletics director," Rempe said. "Today it has become a reality. The people, opportunities, tradition, fans, student-athletes, coaches, staff, leadership, passion and shared values are everything that I sought. The University of Nevada is a gem that has served Nevadans for nearly 150 years. I could not be more excited to join the Wolf Pack Family and make Nevada home. The strength of the pack is the wolf and the strength of the wolf is the pack; I am so proud to be a member of the Pack."

Rempe has worked at a senior leadership role at five Division I athletics programs, supervising sports, coaches and department staff. At LSU (2019-present) and Texas A&M (2016-2019), she has served as the Chief Operating Officer where all coaches and staff reported directly to her.

At LSU, Rempe led and negotiated the contracts for the high-profile hirings of new men's and women's basketball coaches and a new head football coach. She also supervised contract negotiations and hirings of head coaches in an additional seven sports. Also during her tenure, LSU athletics has received national recognition for its diversity, equity and inclusion efforts in the wake of the Black Lives Matter movement, as well as its leading initiatives in developing an equitable and in-compliance framework for the NCAA's Name, Image and Likeness (NIL) Rule. She also played key roles in negotiating media rights and apparel agreements, enhancing collaboration across the Tiger athletic program's many units and in creating new initiatives in fundraising during a highly challenging pandemic era.

At Texas A&M and also serving as the Chief Operating Officer, Rempe was the sport supervisor for the football and men's basketball programs, and was the department's liaison with the 12th Man Foundation, system general counsel and Learfield's multi-media rights relationship. She also played an integral role in the completion of several capital improvement projects, including new track and field and softball facilities.

"Stephanie has been at the forefront of initiatives designed to meet the many seismic changes that intercollegiate athletics have experienced over the past three years," Sandoval said. "She has a tremendous understanding and feel for what might happen next in intercollegiate athletics. And she has proven to be incredibly grounded in understanding that you need a holistic approach in mentoring and leading our next generation of leaders. She will bring a highly-collaborative, highly-involved on our campus and highly-involved in our community culture to Wolf Pack athletics."
In addition to her positions at LSU and Texas A&M, Rempe previously served as the Senior Associate Athletics Director at the University of Washington from 2008-16, where she directly supervised several athletics teams, and managed capital projects that included a $285-million renovation of Washington's football stadium, Husky Stadium. Prior to her time at Washington, Rempe was Senior Associate Athletics Director at the University of Oklahoma from 2003-2008, and Associate Athletics Director at UTEP from 1998-2003. She began her professional career at her alma mater, the University of Arizona, as a Senior Program Coordinator from 1995-98.

"My job is to ensure that Nevada Athletics makes our community and state proud; that we are efficient and effective in our work; that we are responsible stewards of our resources and the generosity of our supporters; and that we have a clear vision for the future that we can all embrace," Rempe said. "President Sandoval has laid out a vision for this institution, a vision that shows a brilliant future of discovery and innovation; one that is true to the soul of Nevada. In that vision, athletics has a very important role in helping elevate our institution, across the entire state. I am here because I want to be part of that long term vision."

Rempe, who is a member of the Santa Barbara High School Hall of Fame, is married to Greg Remien. They are parents of a daughter, Riley, and a son, Ryan. 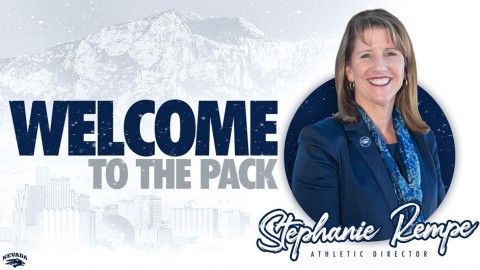