The Board of Trustees of State Institutions of Higher Learning announced today the unanimous decision to name William N. LaForge as president of Delta State University. A Delta State University alumnus, LaForge has enjoyed a career in both the public and private sectors, spanning the fields of law, government, higher education and public policy. He currently serves as principal of LaForge Government Relations in Washington, D.C.

LaForge served as senior legislative counsel to Republican and Democratic lawmakers in both houses of Congress. He was chief counsel of the U.S. Senate Appropriations Subcommittee on Agriculture and culminated his government career as Chief Legislative Counsel and Chief of Staff to United States Senator Thad Cochran of Mississippi. Previously, he served as Congressional Liaison for the Peace Corps and as a legislative assistant to Mississippi Congressman David Bowen. He has also advised and organized political campaigns for major office holders in both political parties.

As principal with LaForge Government Relations, he specializes in federal government relations and represents businesses and other organizations with public policy interests before the United States Congress and federal executive branch agencies. For more than 35 years, he has been involved with the public policy arena at local, state and federal levels.

"I am humbled and honored that the Board of Trustees has selected me to lead my alma mater," said LaForge. "I am excited to be coming home and to have the opportunity to help guide Delta State to new levels of success. I look forward to the challenges and opportunities that lie ahead. I am very mindful of the responsibilities with which I am entrusted, and I look forward to engaging and empowering all stakeholder groups to position Delta State University as a Mississippi public university of national distinction."

While a student at Delta State, LaForge was a faculty scholar, president of the student government association and charter president of Omicron Delta Kappa leadership honorary society. He was a co-founder of the Student Body Presidents' Council of Mississippi. He was one of the first four students inducted into Delta State's Student Hall of Fame.

Earlier today, LaForge met with campus constituency groups on the Delta State University Campus in Cleveland. Students, faculty, staff, alumni and community members were able to pose questions to him and share their thoughts and concerns with him. Attendees were able to provide feedback to the Board of Trustees. This feedback was reviewed during the Board Meeting on campus. 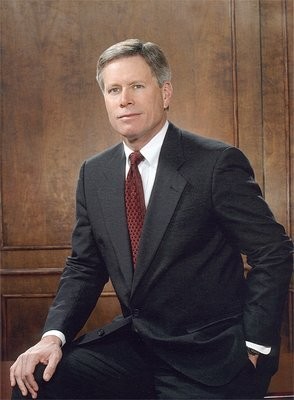