Montgomery, AL - Erik Maas, an administrator with more than 18 years of experience in leadership, management and coaching in college athletics, has been selected as the next director of athletics at Auburn University at Montgomery, Chancellor Carl A. Stockton announced Wednesday.

Maas, who will begin at AUM August 8, is joining the Warhawks after most recently serving as associate athletic director for operations at the University of Montevallo, a fellow Gulf South Conference institution.

“In selecting Erik as our new athletics director, we have found a proven leader who understands the competitive landscape of the Gulf South Conference (GSC),” Stockton said. “He also brings the blend of experience and ideas necessary for us to build off of our early momentum and establish ourselves as championship contenders across all programs.”

At Montevallo, Maas has managed the department’s business affairs, including its $7.1 million budget. Additionally, he has served on the Montevallo Athletics Senior Leadership Team, which serves more than 450 student-athletes and 40 staff members, the largest in the GSC. He also has provided administrative oversight for men’s soccer, softball, athletic grounds and athletics communications.

Maas was a member of the Montevallo Title IX Committee and served on numerous hiring committees within athletics and across the university. He currently serves on the NCAA Division II Baseball Regional Advisory Committee.

“I want to thank Chancellor Stockton for his leadership and belief in me,” Maas said. ”I would also like to thank Vice Chancellor (Scott) Parsons and the entire search committee for giving me the opportunity to lead AUM’s athletics department into our next exciting chapter. I am honored to be able to continue building on AUM’s storied tradition of success on the field and in the classroom. The entire Warhawks’ athletics department is wrapped in passion and I am excited to join that passion. I cannot wait to get on campus and get to work with our outstanding student-athletes, coaches, administrators and stakeholders.”

Over the past two decades, Maas has worked in various levels of collegiate athletics administration, progressing from a baseball student-athlete at Flagler College to coaching and administrative positions that included coaching stops at the University of North Alabama (2003-2006) and Tennessee Wesleyan University (2006-2007).

When Maas joins AUM’s athletics department, he will take the reins of a program that has been experiencing an upward trajectory since moving to NCAA Division II from the National Association of Intercollegiate Athletics. Most recently, AUM’s fourth-ranked women’s softball team made it to the NCAA Division II Softball Championship while men’s soccer advanced to the “Elite Eight” round of the NCAA Postseason Tournament. Men’s and women’s tennis also ranked nationally throughout their season. Academically, AUM had 61 student-athletes named to the GSC Spring Honor Roll.

Maas will take over as AUM’s athletic director from Associate Athletics Director Amber Rae Childers, who has been serving as acting athletics director since March.

Maas earned a bachelor’s degree in communications with a minor in advertising from Flagler College in 2003. He received his master’s degree in business administration from the University of North Alabama in 2006. 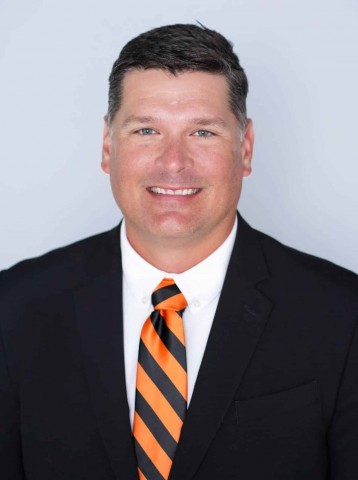