She currently is a senior program officer in The Andrew W. Mellon Foundation’s Higher Learning program, where her responsibilities include program leadership, strategic framework generation, grantmaking innovation, program staff supervision and the collaborative allocation of a grantmaking budget of $115 million to $130 million per year. Prior to that, Harris was dean of the College of Humanities and a history professor at the University of Utah.

“While at the University of Utah, Dr. Harris substantially increased the number of underrepresented tenure-line faculty and generated retention-oriented programs. She raised the research profile of the college, supported the creation of a digital humanities center and supported a number of undergraduate student success initiatives,” Richards said. “Throughout her career, Dr. Harris has been a tireless supporter of the humanities, and her track record of scholarly and administrative work reflects her commitment to expanding access, diversity, equity and inclusion in higher education.”

At the Mellon Foundation, Harris’ grantmaking portfolio includes leadership of a range of initiatives with a social justice and access-oriented focus, including higher education in prison, community college transfer pathways and the reimagined humanities doctorate in the 21st century. Her work also includes programs on diversifying higher education leadership, building a more diverse academy, and supporting American Indian and Indigenous studies and tribal colleges, scholars at risk and in exile, and the Just Futures Initiative competition.

She also leads the annual New Directions Fellowship competition and a range of initiatives on the public humanities, interdisciplinary programs and public research universities. Just prior to the 2016 presidential election, she was nominated by President Barack Obama to serve on the National Council on the Humanities, although her nomination was suspended due to the results of that election.

“I am thrilled and humbled by the opportunity to lead this outstanding college within a university I have long admired for its exemplary leadership, and for its excellence in every facet of the academic mission. My deepest personal and career commitments have been to the public universities that have meant so much to me, to my family, and to the lives of so many others, so it’s a particular joy for me to be joining the UW,” Harris said. “The breadth and depth of excellence that resides among the many facets of the College of Arts and Sciences and —most importantly — among its faculty, students, and staff is breathtaking, and their work results in the innovative production of new knowledge our world and our students need now, more than ever. As someone who has embraced collaboration and interdisciplinary scholarship throughout her career, I’m particularly pleased to be stepping into this leadership role in a college that is replete with such opportunities, and where students and faculty are tackling some of the thorniest grand challenge issues of our time from a wide range of perspectives and approaches.”

Her scholarship, which has a broad temporal and geographic reach spanning from 18th-century Lombardy to postwar United States, is united by a sustained focus on the relationship between the built environment and the construction of racial and class identities. An interdisciplinary scholar whose work focuses on visual and material culture as well as histories of the built environment, she is particularly well known for her scholarly contributions to the study of race and space. In addition to her many essays and scholarly articles, she is the sole author of three monographs, editor of an additional three volumes and a series editor for the University of Pittsburgh Press.

As a principal investigator for many grants, she has fostered interdisciplinary collaboration and innovation in the humanities, such as the creation of the “Humanities Without Walls” consortium, which includes support for cross-institutional research collaboration, and an innovative program of summer workshops for predoctoral students in the humanities who wish to seek careers outside the academy. 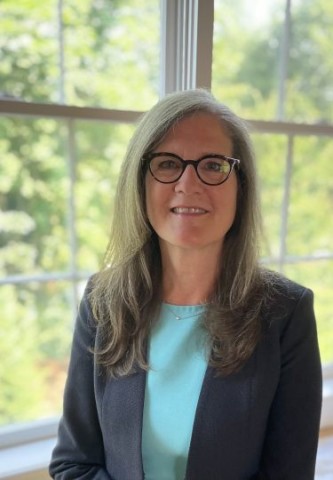