“The work of Texas A&M Extension Service, which oversees Texas Task Force 1, is the best kept secret of The Texas A&M University System, from workforce training to rescuing thousands from disasters and teaching the rest of the nation how to rescue people,” said Chancellor John Sharp. “I am confident David Coatney will continue to improve upon the agency’s great tradition of public service.”

Coatney currently serves as Fire Chief for the Dallas Fire-Rescue Department for the City of Dallas, Texas, where he has served since July 2016. Prior to that, Coatney was Fire Chief of the Round Rock Fire Department in Round Rock, Texas for five years. Previously, he held several positions of progressive leadership over 25 years working for the San Antonio Fire Department, including Chief of Fire Operations and Emergency Management Coordinator. He also currently serves as chair of the State of Texas Governor’s First Responder Council.

Coatney earned a bachelor’s degree in Occupational Education with a major in fire science and a master’s degree in Organizational Management, both from Wayland Baptist University.

Under state law, university governing boards must name finalists for the position at least 21 days before making an appointment. The Board of Regents will consider the final appointment at a later meeting.

About The Texas A&M University System
The Texas A&M University System is one of the largest systems of higher education in the nation, with a budget of $4.7 billion. Through a statewide network of 11 universities and seven state agencies, the Texas A&M System educates more than 152,000 students and makes more than 22 million additional educational contacts through service and outreach programs each year. System-wide, research and development expenditures exceeded $972 million in FY 2016 and helped drive the state’s economy. 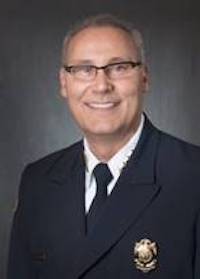