Brad Walker Chosen as Next Commissioner of America East Conference

BOSTON – The America East Conference Board of Presidents announced today the hiring of Brad Walker – currently the Vice President, Head of Basketball Operations for the NBA G League – as the conference’s next commissioner.

Walker, just the fifth commissioner in America East’s 42-year history, brings over 15 years of experience at the NCAA Division I level as a senior-level administrator in multiple conference offices as well as five years of professional experience in the NBA, excelling in every role he has held.

“On behalf of the America East Board of Presidents, I am thrilled to welcome Brad Walker as the conference’s next commissioner,” said University at Albany President and America East Board of Presidents Chair, Havidán Rodríguez, who served as co-chair of the search committee. “Brad stood out among an impressive candidate pool as the transformational leader who is best suited to lead America East to continued excellence. His depth of experience and proven track record as a communicator, consensus builder and visionary in both collegiate and professional sports will greatly benefit our member institutions, fostering a community in which our athletics programs can continue to thrive both athletically and academically.”

A former men’s basketball student-athlete at Bentley University, Walker will begin his tenure as commissioner on September 13, 2021.

“I am elated to have been selected as the next commissioner of the America East Conference,” said Walker. “I’d like to thank the America East Board of Presidents and the search committee, led by Presidents Rodríguez and Stenger, for this incredible opportunity to lead this conference and help grow its already stalwart reputation. I look forward to working with the Board, as well as the athletics directors, senior woman administrators and other stakeholders at each member institution, to continue to advance America East’s mission of building complete student-athletes on and off the field.“

Walker has served as the NBA G League’s Head of Basketball Operations for the past five years overseeing the league’s day-to-day operations. During Walker’s tenure, the G League underwent aggressive expansion, adding 11 new franchises during that time. He also oversaw the development of the G League Youth Professional Pathway, Team Ignite, the first-of-its-kind team dedicated to developing top young prospects in preparation for the NBA Draft.

Prior to joining the professional ranks, Walker built a solid reputation as a senior level athletics administrator in the college ranks, spending a decade and a half as an associate commissioner at both the Ohio Valley and West Coast Conferences. At both stops, he made positive impacts that resulted in both leagues advancing forward in ways they had not previously.

From 2007-2016, Walker was associate commissioner and chief operating officer at the OVC, which also included a stint as interim commissioner. In addition to overseeing day-to-day operations, including the conference budget and sport oversight of men’s basketball and football, Walker took a leadership role in the development of the conference’s Basketball Enhancement Plan, which rewards successful programs. That program helped result in the conference earning two bids to the 2019 NCAA Men’s Basketball Championship, with each qualifying team winning a tournament game.

During his tenure at the West Coast Conference, Walker was responsible for coordinating athletic marketing efforts and took a lead role in negotiating what was the conference’s most lucrative television contract at the time, a five-year agreement with ESPN. He started at the WCC as Director of Communications in 2001 and also worked in media relations at the Summit League.

In addition to previously served roles, Walker was formerly a member of the NCAA Division I Women’s Basketball Committee and the Division I Championships/Sports Management Committee. In 2004, he was a member of the 22-person class at the NCAA Leadership Institute for Ethnic Minority Males.

A 1996 graduate of Bentley University with a degree in marketing, Walker was a four-year contributor on the men’s basketball team. He captained the team his senior season, during which he earned All-Conference honors.

“I want to thank our search committee co-chair, Binghamton University President Harvey Stenger, for assisting with leading the search, as well as each member of the committee for their strong commitment, active engagement and hard work that led to the successful completion of this search process and ultimately resulted in an outstanding commissioner for the America East,” Rodríguez continued. “I’d also like to recognize Parker Executive Search for its role in facilitating a successful search process. Together, we’ve identified a winner in Brad Walker – who will play a leading role in elevating America East to new heights.”

The America East is a premier NCAA Division I athletic conference whose mission centers around its commitment to building the complete student-athlete. Academically, America East student-athletes have collectively averaged over a 3.0 grade-point average for 16 straight years and boast several Academic All-Americans and NCAA Elite 90 winners. Athletically, the league’s success has been highlighted by the greatest upset in NCAA men’s basketball tournament history (UMBC, 2018), individual national champions in track & field and deep NCAA championship runs, including final four berths in field hockey (UAlbany, 2014), men’s soccer (UMBC, 2014) and men’s lacrosse (UAlbany, 2018) as well as a College World Series appearance (Stony Brook, 2012). In the leadership area, America East is unrivaled, serving as trailblazers in the areas of diversity and inclusion by way of its #SpreadRespect initiative and in prioritizing mental health through its #AEBetterTogether campaign.

The America East provides its member schools and their athletic programs a platform upon which student-athletes can achieve both collegiate and life success through the promotion and nurturing of its #3Pillars: athletic excellence, academic achievement and leadership, on and off the field. One of the most comprehensive Division I conferences in the country and progressive in its approach to its more than 3,400 student-athletes, America East recognizes champions in each of its 18 sports. Based centrally within the geographic footprint of its member institutions with the conference office located in Boston, America East consists of 10 member institutions spanning from the Mid-Atlantic to Northeast regions of the United States including: University at Albany, Binghamton University, University of Hartford, University of Maine, UMBC, UMass Lowell, University of New Hampshire, New Jersey Institute of Technology, Stony Brook University and University of Vermont. For more information, visit www.AmericaEast.com, or follow the America East Conference on Twitter @AmericaEast. 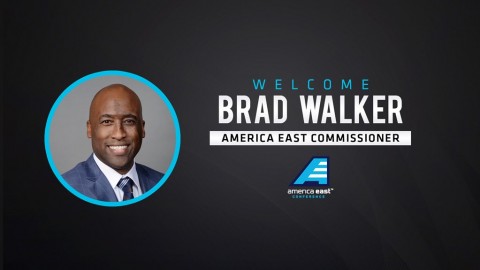