Bobby Hurley, one of the most iconic figures in college basketball history, has been named the 12th head men's basketball coach at the University at Buffalo.

He joins UB from the University of Rhode Island where he has been serving as associate head coach.

UB Director of Athletics Danny White made the announcement on Tuesday at a 5:00 pm press conference at Alumni Arena.

"After reviewing a large and highly qualified national pool and following my conversations with some of the most respected figures in college athletics, Coach Hurley was clearly the choice to lead the next era of UB basketball," White said. "As we continue to foster our role as the flagship athletic department for the state of New York, the appointment of Coach Hurley sends a clear statement that the University at Buffalo is committed to bringing big time college athletics to the Western New York community and the state at large.

"Coach Hurley adds an exciting dynamic to our athletic program," White added. "He is one of the most accomplished players in college basketball history with a legacy that includes three Final Four appearances and winning two national championships. I'm confident, after our discussions, that he is the right leader to take our program to the next level. We couldn't be more proud to welcome Bobby, Leslie and their family to the Western New York community."

A first-team All-American in 1993, Hurley is best remembered for being the point guard at Duke – one of the best college basketball teams of all time. Along with Western New York native Christian Laettner, Hurley led the Blue Devils to three Final Four appearances and consecutive national championships in 1991 and 1992. Hurley still holds the NCAA record for career assists with 1,076.

Following his outstanding career at Duke, Hurley was selected by the Sacramento Kings with the seventh pick in the 1993 NBA Draft. He went on to play five years in the NBA with the Kings and Vancouver Grizzles.

Hurley joined the Philadelphia 76ers as a scout in 2003 before venturing into private business. He was hired as an assistant coach at Wagner College in 2010 and spent two seasons with the Seahawks, playing a critical role in rebuilding the men's basketball team. He helped lead Wagner to a 25-6 record during the 2011-12 season – its best record in school history – before joining Rhode Island, where he was associate head coach this past season.

Hurley comes from a strong basketball lineage. His father, Bob, Sr., is a legendary coach in the high school ranks, leading perennial power St. Anthony's to 26 state championships and more than 1,000 wins in 39 years of coaching. He was inducted into the Naismith Memorial Basketball Hall of Fame in 2010. Hurley's brother, Dan, is the head men's basketball coach at Rhode Island, after a successful tenure at Wagner College and an outstanding prep school coaching career.

Hurley and his wife, Leslie, have two daughters, Cameron and Sydney, and a son, Bobby. 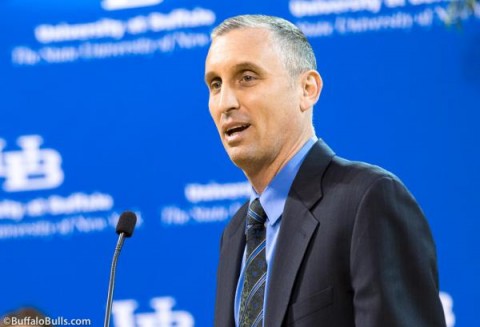