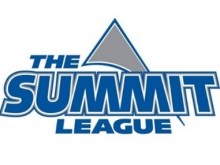 The Summit League was previously known as the Mid-Continent Conference before undergoing a rebrand in 2007. The Summit League has produced 15 NCAA National Champions with over 125 All-Americans and 100 Academic All-Americans including numerous student-athletes competing at the highest professional level, three Major League Baseball first-round picks, a pair of NBA first-round choices, and two WNBA selections. In addition, Summit Leaguers compete in the MLS, and on the PGA and LPGA Tours.

Each year, approximately 3,000 student-athletes continue to raise the bar and help The Summit League reach exceptional success and development. Within the past eight years alone, The Summit League has produced a national postseason team tournament championship, an NCAA semifinal appearance, a pair of Sweet 16 appearances and eight NCAA Champions. That level of success also carries into the classroom. The Summit League ranked first for NCAA Graduation Success Rate in women's basketball from 2014-16. A total of 21 Summit League teams achieved perfect NCAA Academic Progress Rate scores in the most recently released figures, while 23 other teams garnered NCAA Public Recognition Awards for top academic progress rates.

Reporting to the Presidents Council, the Commissioner is the Chief Executive and Administrative Officer of the League. The Commissioner will work with the Presidents, Chancellors, Athletics Directors, and Senior Woman Administrators of each member institution to develop and implement strategies designed to achieve the mission and vision of the League and ensure long-term viability while building consensus among all applicable constituencies.

The Summit League invites nominations and applications or expressions of interest to be submitted to the search firm assisting the League. Applications must include a cover letter, resume or curriculum vitae, and list of references. For full consideration, application materials should be submitted to Parker Executive Search’s website by November 1, 2021. Confidential review of materials will begin immediately and continue until the appointment is made.

The Summit League is an equal opportunity employer committed to a diverse work environment.